Good record keeping is essential for all clinical practitioners, to inform themselves, others in their team, other clinicians, the patient and in case of any outsider seeking to understand what happened. The last happens where there is a complaint or threat of legal action. Good practice is simple, logical and need not be time-consuming. It may even improve the clinician’s approach to their practice.

Medico-legal Minder gave a talk in June based on Chapter 8 of Clinical Practice and the Law – a legal primer for clinicians at the Bristol Patient’s Safety Conference 2021. Feedback from delegates confirmed the importance of this knowledge in setting out their “one big takeaway from the conference”:

[It was a] reminder of the importance of note keeping from a legal point of view.

Really enjoyed the ‘Legal’ workshop on the importance of documentation. Incredibly useful to hear from someone with a legal perspective and how they view ambiguous notes.

The importance of documenting within patient records.

The importance of clear and accurate note keeping.

The talk given about the legal aspect of documentation for patient safety by Giles Eyre was really eye-opening – I will take this with me throughout my career about documenting legibly and clearly by explaining my thought process with important decisions so that if ever read by a lawyer, they will be able to see that I considered all options in the patients best interests.

Clinical Practice and the Law – a legal primer for clinicians is available to readers of this blog for July at the special price of £19.95 (plus £4.95 p&p) (normal price £34.95) by emailing me, with a delivery address, at

Experts providing their services in court must be alert to the situations in which conflicts of interest arise, or may potentially arise, or in which the appearance of such a conflict might arise.  This is part of the requirement of independence on the part of an expert:

Experts must provide opinions that are independent…

This requirement long pre-dated the introduction of the Civil Procedure Rules in April 1999.

In EXP v Barker [2015] EWHC 38 the court deprecated a medical expert who, it transpired (in the course of cross-examination), had worked for a considerable time with the party in whose favour he was giving evidence, and whom the expert regarded as having ‘guided and inspired his practice’.  Worse still it was the party who had recommended the instruction of the medical expert, whom he knew well, to act on his behalf.  The loss of independence, and the conflict of interest, which could well arise in this situation, and most certainly the appearance of a loss of independence or conflict of interest, fatally damaged the credibility of the expert in the litigation.  It must also have been extremely embarrassing, both personally and professionally, for both the expert and the clinician who suggested his instruction.

To help guard against this situation, in the High Court in clinical negligence claims the standard direction states that:

Experts shall, at the time of producing their reports, produce a CV giving details of any employment or activity which raises a possible conflict of interest.

Whether or not that direction appears in a court order, an expert should follow that guidance whenever providing a court report, and disclose anything which might raise a possible conflict of interest.

In the recent case of Secretariat v A Company [2021] EWCA Civ 6 for the first time the Court of Appeal was required to consider (1) the duties on an expert engaged on two potentially conflicting retainers concurrently, and (2) whether such duties bound all relevant entities within the expert firm. The case concerned an international consulting firm which was providing expert witness services for opposing sides in two separate but closely related international construction arbitrations, in one acting for Company A in a claim brought by a subcontractor and in the other acting for a project manager claiming against Company A.  The expert was a different entity within a group of corporate entities.  The court granted an injunction preventing the expert in the second claim acting against Company A for whom a related expert entity acted.

The question arose as to whether it can be implied in law that an expert has a fiduciary duty owed to the party from whom it initially took instructions which prevented it from getting into a situation where a potential conflict of interest could arise.  The Court avoided deciding the case on this basis, relying instead on the express terms of the retained between the expert and the Company, which construed in context were found to prohibit conflicts of interest throughout the duration of the engagement as expert.  The Court also found that the entire corporate group of expert companies was bound by that provision.

It was the overlap of parties, roles, projects and subject matter that was “all-pervasive” and gave rise to a clear conflict of interest as a result of the second expert engagement as the two experts could plausibly find themselves supporting opposing positions on the same or substantially similar issues.

It is interesting to note that the Court also found that the conflict of interest would arise whether the expert was intended to give evidence in court or was taking a wider advisory role, while recognising that greater conflicts of interest are likely to arise where an expert had been involved in the preparation of the client’s case from an early stage.

It was also stressed that existence of a conflict of interest is a matter of degree, and that the Court’s observations in the present case should not be taken as concluding that the same expert cannot act both for and against the same client in relation to a different project.

What should the expert take away from this:

Particularly in clinical negligence claims, for a clinical expert it might be difficult to avoid situations in which the expert has some knowledge of the individuals whose conduct is under scrutiny to the Trust or hospital at which the events occurred.  There must be recognition on the part of the expert that an appearance of conflict of interest (or loss of independence) might arise, whether that is potentially favourable or unfavourable to the party being criticised.

Conflicts of interest can arise in many ways.  An expert instructed to report for the purpose of defending a claim against a health provider could find a potential conflict of interest in accepting instructions in a claim against that health provider while the first claim is continuing, depending on the circumstances of the two claims.  An expert receiving frequent instructions from the same solicitor, to the extent that that provides a significant income, could, depending on the nature of the relationship, arguably experience a conflict of interest because providing an ‘unhelpful’ report might prejudice that income stream.

It is better to provide the facts which could arguably be said to raise the potential for an appearance of a conflict, and explain why in fact there is no such conflict.  For example, a clinical expert might have worked previously in a Trust or department or with a person whose actions or defaults might be the subject of the investigation, but any contact might have been fleeting or many years ago, and therefore considered by the expert as not giving rise to a conflict of interest.

3. The potential for conflicts of interest should be clearly addressed in an expert’s terms of engagement.  This may need be no more than a statement that “the expert confirms that they are not conflicted to act as an independent expert in this matter”.

In Secretariat the expert was asked to confirm in terms similar to those above before being instructed and carried out a conflict check following which the expert confirmed that there was no conflict.  The subsequent letter of instruction confirmed that the expert would provide an unbiased opinion as an independent witness and that the expert would comply with the relevant arbitration Expert Witness Protocol, which contains requirements similar to the Practice Direction to Part 35 of the Civil Procedure Rules and the Guidance.  As a result, there was a contractual duty to avoid conflicts of interest. 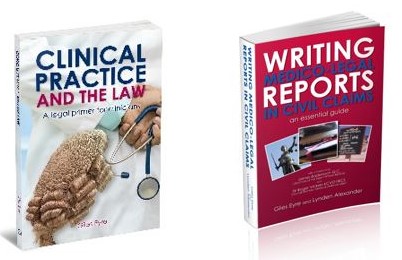